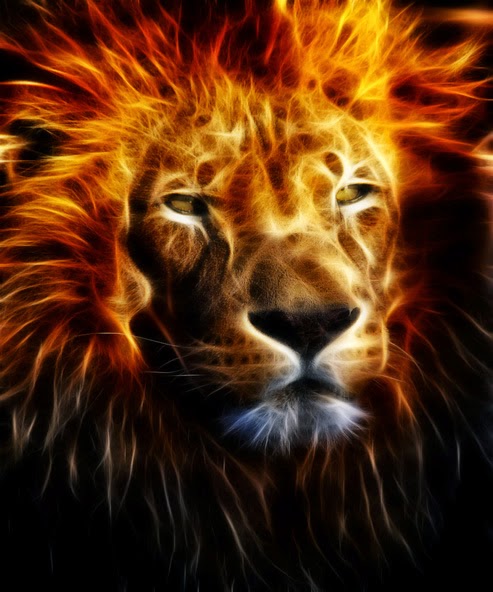 While praying today and this weekend, this is what I feel the Father is impressing on my heart to write about.


My dear ones, I am asking that My own would take an extra moment each day, to lift up your brothers and sisters around the world who are being persecuted for My names' sake. Yes, there has always been persecution because of Me, but the hatred of those who reject My Word and My offer of salvation increases each day. The enemy knows very well his time is increasingly shortened, and the root of bitterness towards those that love Me and obey My commands escalates to an extent many would find hard to fathom. Manifestations of evil will become more and more visible and frequent, as well as intense. Many of you are experiencing situations of these kinds at this moment and know of which I speak. Some of these manifestations of evil will be on a very personal level. The enemy will do all he can to derail you and shake you to your core. So I ask of you now, on what is your foundation built? Where do you stand in your relationship to Me? Are you forsaking all in order to walk hand in hand with Me, following My will for your life? Or are you like My disciples in the past, who walked with Me, talked with Me, ate and slept with Me for years, yet could not stand with Me in My final hour? How much are you willing to lose for My sake? Will you forsake all for Me? The persecution in your nation pales in comparison to that which those in other countries suffer because of the faith in Me. However, know that you are not immune to these attacks. Your freedoms will be increasingly jeopardized and annulled and many of you will suffer much because you have chosen the narrow path. Know this, I will never leave you or forsake you, and My eternal glory far outweighs any abuse, ridicule, or tribulation you could ever experience in this life. Do not fear him who can kill the body, but be more concerned of him who can kill your soul. I allow this suffering because I must know where My people stand. I must know who is in My army, and who I can count on to walk with Me through these coming dark days. Darkness must come first, but then, the glorious reign of My Kingdom forever! And if you have allowed Me to penetrate every part of your being, I will carry you on wings of eagles through these trying times, and you will experience My faithfulness, My shield of protection, and My divine guidance through it all. No weapon formed against you can or will prosper! I have given you the power to tread on serpents and scorpions and this you must do. In order to be able to recognize when and where and how you are to do this, you must pray for My discernment each day. You will not be harmed as long as your loyalty remains with Me. Read My word, know how to respond and react when the darkness closes in around you. Plead My blood and pray My name, for their is no other name under Heaven by which any of you can be saved. All evil must flee at the mention of My name. Unite today and each day with your spiritual family around the world and pray for encouragement and a steadfast faith for yourselves and for each other. The prayers of My faithful are always heard and I will respond to each of you individually according to your needs and My plan for your life. It is only for a time that this darkness will become very encompassing, but for you who know Me, My light will be your comfort, your peace, and your security. Nothing else will matter. It is then that you will display My immense love for all My creation without trembling, and without fear. Rise to the occasion church, for there is much work to be done! I love each of you so very much,

King James Version (KJV)
10 Blessed are they which are persecuted for righteousness' sake: for theirs is the kingdom of heaven.

20 Remember the word that I said unto you, The servant is not greater than his lord. If they have persecuted me, they will also persecute you; if they have kept my saying, they will keep yours also.

9 Persecuted, but not forsaken; cast down, but not destroyed

12 Neither is there salvation in any other: for there is none other name under heaven given among men, whereby we must be saved.

5 Let your conversation be without covetousness; and be content with such things as ye have: for he hath said, I will never leave thee, nor forsake thee.

17 No weapon that is formed against thee shall prosper; and every tongue that shall rise against thee in judgment thou shalt condemn. This is the heritage of the servants of the Lord, and their righteousness is of me, saith the Lord.

19 Behold, I give unto you power to tread on serpents and scorpions, and over all the power of the enemy: and nothing shall by any means hurt you.

31 But they that wait upon the Lord shall renew their strength; they shall mount up with wings as eagles; they shall run, and not be weary; and they shall walk, and not faint.

16 Confess your faults one to another, and pray one for another, that ye may be healed. The effectual fervent prayer of a righteous man availeth much.

7 Submit yourselves therefore to God. Resist the devil, and he will flee from you.

We here in America really have not experienced true persecution as of yet, compared to what is going on around the world. It has begun however, as people have been arrested and/or fined for having bible studies in their homes, or for praying in public venues. It is becoming increasingly difficult to be considered a "Christian" in this country, and it has definitely become very unpopular as of late. We are expected to be ever more tolerant of Islam and the suppression of our religious freedoms here continues constantly as more and more laws are being passed to exclude God from our lives and our nation. God help us. Below is a short list of some of the ways the church is suffering here in America, and then I ask you to please take the time to watch the short video after that, which tells of a small body of believers in Egypt, a group of Coptic Christians, that recently had one of their homes burned to the ground because they believe in Yeshua Ha Mashiach, and were quietly having 'church' at a home amongst many Muslims and mosques.  I won't take the time to explain what Coptic Christians are, you can look it up and get a very good summary of them online. Basically, they are the first Egyptian Christians who started the church following the apostle Mark during his evangelism after Yeshua's resurrection and they remain today a very strong body of believers around the world. Please join me in praying as our Messiah has asked for our faith to be increased and for the endurance to finish the race, no matter what the cost. Amen.


Report Highlights Consistent Pattern of Hostility Toward Christians in US
http://www.christianpost.com
A new 140-page report released by the Family Research Council and Liberty Institute reveals a pattern of hostility toward Christians and Christianity in the U.S. The report was released earlier this week and includes over 600 incidents over a 10-year period.

The attacks range from rulings from the judiciary branch to an elementary school student who was physically lifted from his seat and reprimanded for praying before eating his lunch.

Yet another example shows a Christian couple was fired as apartment complex managers and forced to move because a painting with a Christian reference was displayed in their office.

Other examples cited in the report include:

• A federal judge threatened "incarceration" to a high school valedictorian unless she removed references to Jesus from her graduation speech.

• City officials prohibited senior citizens from praying over their meals, listening to religious messages or singing gospel songs at a senior activities center.

• A public university's law school banned a Christian organization because it required its officers to adhere to a statement of faith that the university disagreed with.

• The U.S. Department of Justice argued before the Supreme Court that the federal government can tell churches and synagogues which pastors and rabbis it can hire and fire.

• Through the Affordable Care Act ("ObamaCare"), the federal government is forcing religious organizations to provide insurance for birth control and abortion inducing drugs in direct violation of their religious beliefs.

• The U.S. Department of Veterans Affairs banned the mention of God from veterans' funerals, overriding the wishes of the deceased's families.

• A federal judge held that prayers before a state House of Representatives could be to Allah but not to Jesus.

"America today would be unrecognizable to our Founders. Our First Liberty is facing a relentless onslaught from well-funded and aggressive groups and individuals who are using the courts, Congress, and the vast federal bureaucracy to suppress and limit religious freedom," said Kelly Shackelford, president of Liberty Institute.

"This radicalized minority is driven by an anti-religious ideology that is turning the First Amendment upside down."

Both organizations presented the findings of the report during a joint press conference in Tampa, Fla., on Monday prior to the Republican Party Convention platform committee to raise that awareness.

The Liberty Institute further pointed out that religious liberty is "facing a relentless onslaught from well-funded and aggressive groups" that are using whatever means available to suppress or attack religious freedom.

FRC's Tony Perkins added, "As dark as this survey is, there is much light. The secularists' agenda only advances when those who love liberty are apathetic. Let this be a call to stand for religious liberty in the United States." 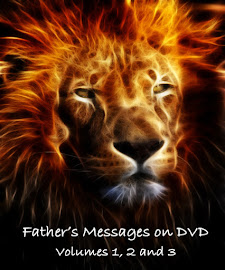